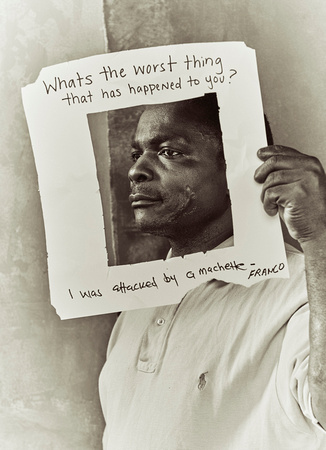 Franco, a middleman for Congolese gold sellers, was attacked when a group of men with whom he worked broke into his home and used a machete to cut his hand and face. Franco was forced to give them all his belongings before they burned his house to the ground. He and his family fled to a refugee camp in Uganda where he applied for refugee status. Franco now supports his family by working at the Nashville Zoo.