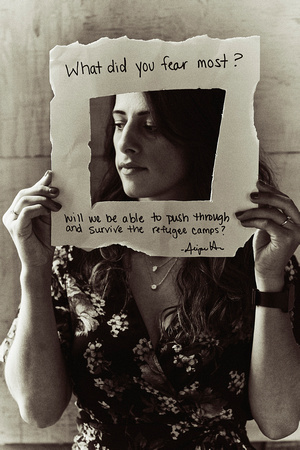 After her town suffered a chemical attack, Jiyar’s family fled in chaos. Jiyar recalls her mother saying she put a cloth around her siblings’ mouths to limit the fumes that were inhaled. With no time to grab belongings, they walked for several months, ending up at a refugee camp in Turkey. Jiyar's life was almost cut short when the doctor told her mother to leave her at the hospital because she was so sick. Despite this advice, her mom refused to let her go. After years of limited resources, Jiyar and her family arrived in the United States under refugee status in 1993.

“There is a struggle behind it and I think that the most growth that anyone can go through is through pain and pain is what makes you grow.”