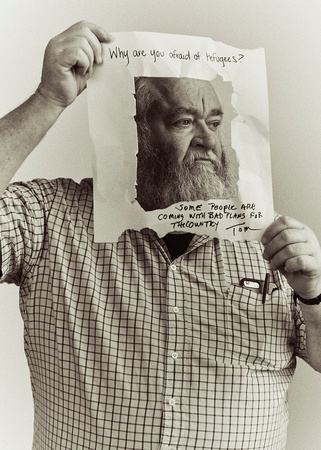 Tom, a third-generation American, was raised on the Chicago’s South Side by a Polish father, Irish-German mother, and immigrant grandparents. One of his eight grandchildren is Chinese. Family and military service taught him to embrace diversity, but he resents the violence that means tighter security in airports and schools. Tom believes that while the bad guys are in the minority, immigrants and refugees should go through proper legal routes, like his ancestors did on Ellis Island.