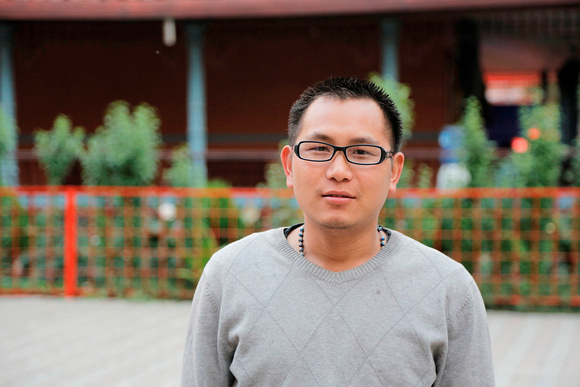 Patan, Kathmandu, Nepal after a 7.8 magnitude earthquake struck Nepal and India on April 25, 2015.

Santosh Kumar Magar, 29, is a teacher and one of the youth of the Assumption Church. When the earthquake hit, he was attending the ordination of one of the new priests in Okhaldhunga, a remote part of Eastern Nepal.

“It was almost 11 o’clock when the earthquake came. I came out of the room, and saw 2-3 houses falling down around me. Some of the animals died around the same time. The people were saved, because all the villagers were gathered for the ordination program on this premise.

“It was a terrible experience, I have never had an experience like that in my life. It was the first time. I cannot explain it… it was very terrible, I was upset.

After the earthquake, Santosh returned back to Kathmandu with the others who were visiting.

“We came half of the way… there was a landslide blocking the road, so we went the other way, and another vehicle was reserved for us.

CRS, Caritas and its local partners are responding with much needed relief in the affected areas.